Music composer, multi instrumentist, sound engineer, Richard Maubert is a real chameleon. He was 12 years old on May 1968 and discovered rock-n-roll on french TV. The Beatles were playing ” Revolution “ and The Rolling Stones, ” Street fighting man “. In 1977, it matched with Pascal Ducourtioux. They immediatly decide to self produce their first vinyl, in a french little theater, just in 2 days. They were improvising, here and there a touch of piano and harpsichord and a lot of strange sounds. But in those days of punk time,”  Warlus Song 1 “ seemed offset.

In 1993, the label Sound Symposium was interesteted by ” WarlusSongs “. The record as an exemple of  “psychedelic pop rock ” is very appreciated in the States and also in Japan. This let them sign with news label, like Guerssen-Record in 2008. Meaning, that even today, ” Warlus Songs 1″ is in the charts  as a collector. At this time, Richard worked in a mythic studio in Paris, called ” Les Frigos “. He composed and recorded for many artists : Jean-Marc Miro, Fred de Fred, Chet, Laraaji, Manu Chao, Cath Complice, Rhys Chatham, Katmandou, les Sales Majestés… He composed too, for musical libraries trough 3 CD : Oxyzen, Cithare, Cooltitude. 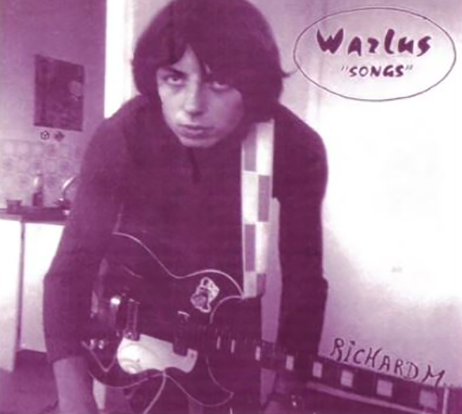 This name is a tribute to the psychedelic Beatles’s song ” I’m the walrus “. They are criticizing the Hare Krishna, looking harmless but actually, very dangerous people. To make Walrus easier to read into french, Richard choosed ” Warlus “. A little “picard” village’s name. However to pronounce Warleusss. Psycho, is’nt it ?

Recorded and mixed in 2018, in a mobile home somewhere near a french bayou, responding to a bluesy influence.

On the road again.

Both performers also decide to take the road again as a band open to many artists. Discover their recent and following concerts.